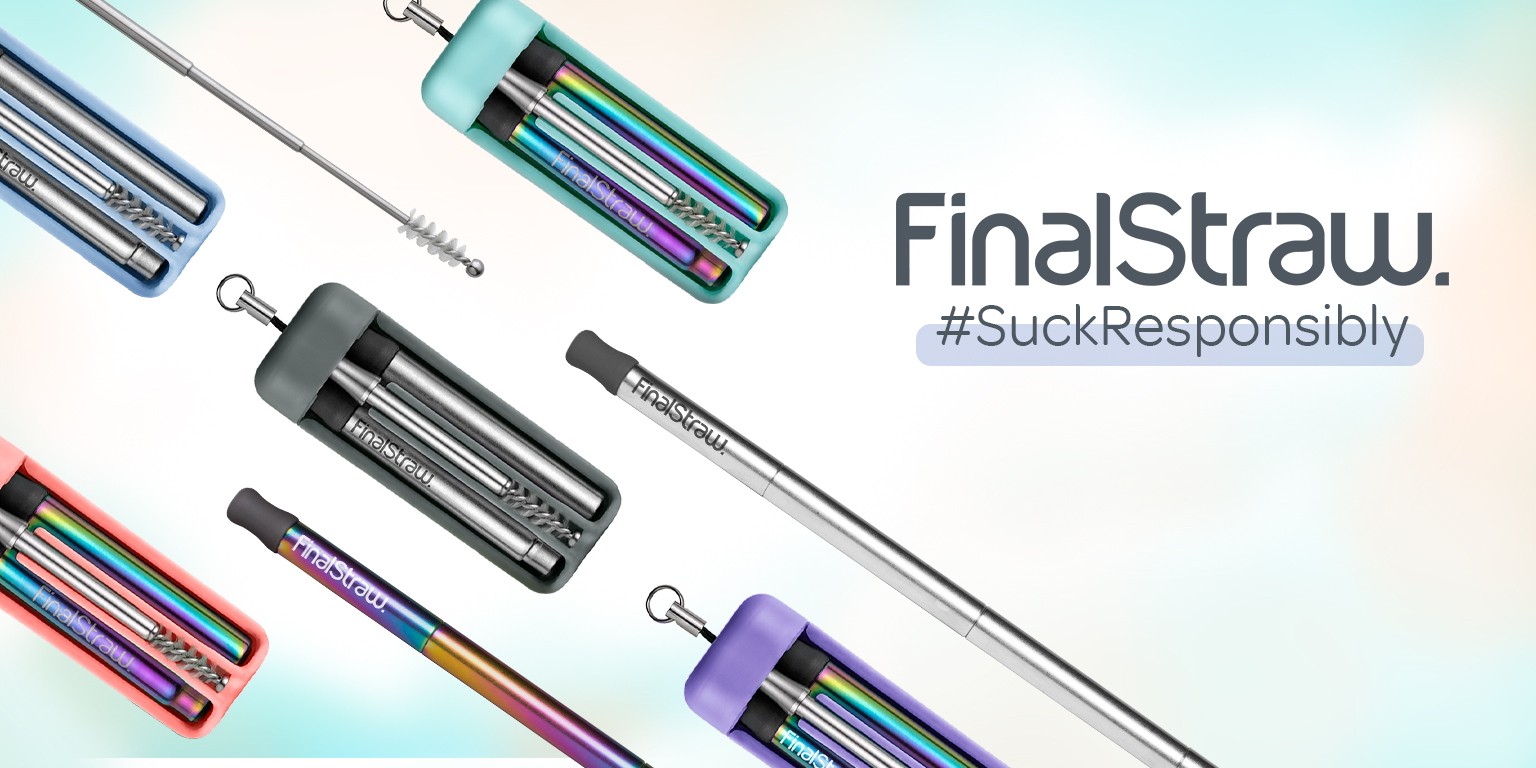 Final straw was the first brand that I ever became a representative for. They do not do referral credits or affiliate commissions. You represent the brand because you believe in their mission and I really loved everythign about their straw. So two years later it was only natural that I contact final co to get that very straw in my first Goldie Boxed box.

About: Emma Rose Cohen, CEO and founder of Final, found her passion in sustainability on a Sunday morning during college. While walking around campus in Santa Barbara, she felt as though she was drowning in a sea of single-use plastics⁠—solo cups, straws, and water bottles. Emma went on to earn her master’s degree in environmental management and sustainability at Harvard. I read an interview a few years ago that said she was an activist in college and they would show up to city council meetings dressed as mermaids offering sandwiches full of plastic to the council members. I just love that!

FinalStraw launched on Kickstarter in April 2018 with a goal of raising $12,500.  In a matter of weeks, the campaign raised $1.89 million. I'm sad I did not miss the launch, but I now own 5 different final straws (black, gold, silver, rainbow, and blue). Since launching, FinalStraw has prevented approximately 300 million single-use straws from entering the environment.

Environmental Impact: The obvious environmental impact is the reduction of your personal plastic consumption by investing in a reusable like final straw. Final co also launched final fork, final spork, and biggie straw (an alternative to boba/smoothie straws). In addition to that, final straw is also a 1% for the planet partner and donates 1% of revenues to environmental charitable causes.

Other Recommendations: Try final fork or spork and always have cutlery in your purse for to-go orders :).